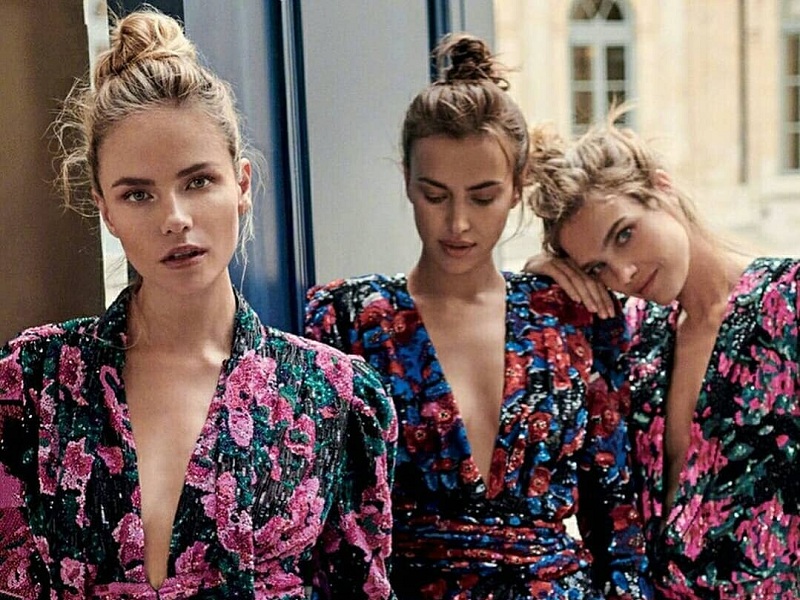 17 hot Russian models who are famous on the Internet

17 hot Russian models who are famous on the Internet

If you haven’t seen beautiful Russian models, you’re missing out on true beauty. From stunning catwalks to glamorous looks, bold, hot looks and more, there is no end to Russian models. Their extremely hot and modern glamorous looks have captivated the global fashion world. So, if you haven’t come across Russian models or don’t know the faces of these young and beautiful models, then today we’re going to explore more about them. The looks of these Russian supermodels shocked the world and you will be amazed too.

17 Most Beautiful Russian Female Models in the World:

Now let’s move on to the famous and hottest Russian models in the world. here we go!

When we talk about the most popular and globally popular Russian model, the first person that comes to our mind is Irina Shayk. Irina is a Russian supermodel who has taken the fashion world by storm over the past decade. Her alluring hair, green eyes, bronzed skin and toned body add up to an alluring heat. She rose to the limelight as a teenager and has since joined the campaigns of several international brands and luxury goods companies. She has been a favorite of Burberry, Versace and many other icons. To date, she has even appeared in several international glamour and fashion magazines.

Another famous Russian fashion model is Natalia Vodianova. Natalia rose to the limelight after finding beautiful models at Viva Model Management and later became a supermodel in the 2000s. Natalia has been the face of many luxury brands and has even been featured on the covers of world-renowned fashion magazines such as Vogue and Elle. She even tried her hand in the movie and appeared in “Belle du Seigneur.” The diva is one of the top models from Russia and has held the top spot among the world’s top models for many years.

We can’t help but talk about the stunning beauty Alexandra Pivovalova with almond eyes and sharp features. She was born in Moscow and was interestingly discovered by her husband and artist Igor Vishnyakov. After walking the catwalks for Prada, she further rose to fame in the fashion world. Her glamorous looks, bold attitude and impeccable charm attracted several other designers. She is often referred to as an “alien model” due to her unique and rigid facial features.

Not everyone is born with the sparkle and stunning features that can elevate them to their all-important self-confidence. But Anna Vyalitsyna is known as the gorgeous face of the contemporary world. She was spotted by a scout while looking for MTV’s fashion resounding, and there was no turning back. After the show, she gradually gained momentum and was later signed by Chanel to their fragrance. Anna Vyalitsyna has also appeared in multiple editions of Sports Illustrated magazine, and has graced brands such as Prada, Dolce and Gabbana, Louis Vuitton, Givenchy, and more. She is one of the top Russian models to appear at the Victoria’s Secret Fashion Show.

Another Russian supermodel who has taken the world by storm is blonde beauty Sasha Rath. With charming blue eyes and unique facial features, Salsa is truly a beauty queen. Born in Moscow, she initially planned to dance ballet; however, she entered the modeling industry as a teenager. She made a splash at a young age when she appeared at Moscow Fashion Week. Later, she signed on for several fashion shows, and it was a success. She has worked for some of the most recognized global brands and luxury goods companies.

Anna Selezneva is a Russian model who rose to fame by appearing in Calvin Klein’s brand campaigns. The beauty has appeared in several fashion magazines such as Vogue, Tatler and Elle, and has collaborated with some major designer companies.

Another Russian beauty worthy of our attention is the glamorous model and visionary Anastasia Kvitko. Anastasia was born and raised in Russia but later moved to the US to start her modeling career. She started out in many events and photoshoots and later came into the limelight after finishing fourth in Russia’s Top Model competition. Her stunning looks and stature are often compared to Kim Kardashian.

The hottest Russian model, Victoria Lopyreva, came into the limelight after winning the Miss Russia pageant in 2003. She later rose to fame as a model for famous designer labels and luxury companies. She has worked with brands such as Gucci, Jimmy Choo and Calvin Klein. She is also a TV presenter and actress.

Natalia Sergeevna Polevshchikova, also affectionately known as Natasha Poly, is now one of Russia’s super hot models and TV personalities. Born in Perm, Russia, Natasha has appeared in several brand events, photos and magazines. She is the favorite face of Calvin Klein, Chanel, Versace, Prada, Gucci, Jimmy Choo and many others. She even appeared in Victoria’s Secret. The diva even appeared on the cover of Vogue.

We can’t miss the stunning sexy beauty Daria Klyukina in this list of famous Russian models. The young model, who was born in Karpinski, Russia, came into the limelight after winning the “Bachelor” show. However, she is also a popular and rising young model, especially known for her striking pink features and beautiful hair.

Masha Novoselova is another hot young Russian model who rose to fame when she started modeling for Victoria’s Secret. This young beauty won the second place in the Miss Russia Excellent Fair and is known for her strong and attractive looks. Now, she works for several brand events around the world.

Also known as Viki Odintcova, this sexy and hot young Russian model was born in Petersburg, Russia and rose to fame after performing stunts in Dubai. Her hot and charming looks put her at the top of the Russian modelling scene. She has signed contracts with several international luxury and designer brands and has a long way to go.

Known for her glamorous and impressive looks, Valentina Zelyaeva is another young, popular and hot female model from Russia. The rising star has landed a number of projects early on and has handled shoots and campaigns for several international brands such as Ralph Lauren. She also appeared on TV shows.

Russian model Polina Kukina is another young Russian model who is now a rising star in the fashion industry. This sublime beauty is known for her voluptuous looks and attractive figure. Although the heroine had no initial plans to enter the modeling industry, a lucky twist landed her in a good one and set her career path. She has worked with well-known brands such as Prada and Louis Vuitton.

The top Russian fashion model and rising star is a well-known face of multiple editions of Vogue. Eugenia Volodia has photographed brand events and photos for several luxury brands and brands including Yves Saint Laurent, Dolce and Gabbana, Chanel.

If you see Alena Shiskova’s beautiful face, you won’t believe it. We’re not shocked that so many fans copied her looks to look like a goddess. This young Russian beauty and model is known for her growing popularity in recent days. Her hot and charming looks are sure to captivate a global audience, and she still has a long way to go!

Without a doubt, this young beauty is yet another rising Russian star. The Moscow-born beauty has been in the limelight after being runner-up in the Miss Russia 2014 pageant. Known for her attractive features and beautiful height (5’8″), we believe she will soon become a global icon.

How did you enjoy getting to know these new, beautiful faces? While few of you have seen some famous top supermodels from Russia on international platforms, we are sure that the younger generation will become superstars. So, what do you think of them? Let us know what you think!