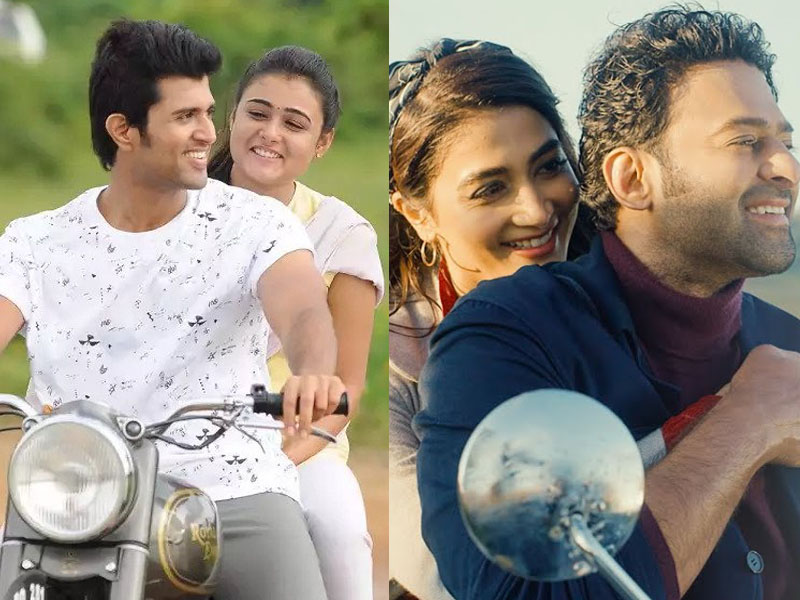 Romantic Movie! We all love this movie genre and look forward to some delightful stories and heartfelt indulgences. However, these films tend to shock us with their storylines and intense episodic stories. Today, we have the best Telugu romance movies to bring you the top acts in the film industry. If you like themes, these Tollywood romance movies will have you hooked. They are exciting, calming and sad, and take us through a roller coaster of emotions.

Fascinated? Read on for a list of the best romantic Telugu movie titles.

Over the years, we’ve compiled a list of the best Telugu romance movies for the new millennium. Here is a list of Tollywood’s old and new movies. Check!

Let’s start by exploring the old romance films released in the Tollywood film industry after 2000. They’re not as retro as they sound, but exciting and classic. They remind us of romantic good times and take us on a thrilling journey. So, let’s take a look!

This super hit romance, drama and comedy film, Nuvvu Leka Nenu Lenu was released in 2002. Starring Aarti Agarwal and Tarun, the film revolves around two childhood friends who hate each other and then fall in love. This is one of the most popular romantic comedy Telugu movies on our list.

The movie Nuvvostanante Nenoddantana was another super hit movie of 2005. Starring Sidharth and Trisha Krishnan, the film depicts the love between a young couple, the man from a very wealthy family and the woman from a poor family. The film set records and still impresses audiences.

Manmadhudu is a romantic comedy film made in 2002. It’s a fun themed film that revolves around the male protagonist who hates women due to his past situation, but falls in love with his office co-worker. Movie stars Nagarjuna Akkineni and Sonali Bindre.

Arjun Reddy, the latest film released in 2017, is an action romance drama. The film, starring Vijay Devarakonda and Shalini Pandey, shows the love between a young couple in medical school who have to go through hard times because of their men’s temper.

Another Tollywood romance movie we love is 2011’s Mr. Perfect. Cast Prabhash and Kajal Agarwal, the film revolves around a carefree NRI whose attitude shocks both parents and the women he meets, but he realizes after the accident own love situation.

How about starting to check the latest Telugu Romance Movies list now? These romance genre films were released in 2018. They are relatively new and are perfect for modern watches. These films have all done well at the mainstream box office, and some of them have won awards! Check it out!

Vijay Devarakonda and Rashmika Mandanna’s recent blockbuster in 2018 is also a romantic movie to watch. This movie is a great entertainer with beautiful romantic elements and comedy.

Starring Varun Tej and Rashi Khanna, the film presents a romantic timeline of a young couple who meet in college, break up and reunite abroad. It’s a smooth sailing story with good romantic elements and music.

This movie is a perfect traditional love movie. If you like slow movies, have good family dramas, and have a great time watching, you should definitely check them out! This one stars Nitin and Rashi Khanna.

This unique storyline script looks at the love story of a pair of game addicts. Released in 2018, the film is an experimental watch for a new age love story.

The movie is also a delightful entertainment. The plot of this romantic drama film revolves around a young artist who falls in love with an actress despite his dislike of people associated with the film. This is a unique and fascinating film.

These Tollywood romance movies hit theaters in 2019. They’re a new list of romance movies that will get you excited too. They are a pleasure to watch and are played by some of the biggest names in the Tollywood film industry.

“Dear Comrade” is another romantic hit from Rashmika Mandanna and Vijay Devarakonda. The film follows a grumpy young student leader who falls in love with a cricketer and solves their problems.

Akhil Akkineni’s 2019 hit is about a flirt who never believed in love but fell in love with a beautiful woman. The movie was a hit, and it had comedy as well.

Naga Chaitanya and Samantha’s recent romance hit is about Poorna, who earlier disrespected his wife due to alcoholism and refusal of love, but later realized his mistake and fell in love with her. The film was hugely popular, indulging in visceral emotions and strong feelings.

Mahesh Babu’s hit, Maharshi, tells the story of a wealthy man who returns to India to solve his problems with an old classmate, and in the process, realizes his friend’s problems and tries to help him and, in turn, the entire village. The movie did get rave reviews at the box office! This is a romantic drama.

Manmadhudu 2, the sequel to Manmadhudu, tells the story of a bachelor (Nagarjuna Akkineni) who is warned by his family to get married, hires a woman as his fiancée, and when the family starts to like the women, trouble looms. Based on a new age love story, it is an excellent thriller watch.

How about the latest 2020 Telugu Romance Movies List? While you may have heard of some of them, you may have missed others? ! So be sure to check out the full list, if you’re a romance movie lover, these will interest you, excite you, and excite you at the same time.

Romantic drama, Jaanu is a must see. It is about the unrequited love of old classmates and the way of getting along when they meet after more than 20 years.

World Famous Lover is another box-office romance of 2020. It tells the story of a writer who realizes he was wrong about his love life after experiencing a heartbreak.

2020’s Bheeshma is a romantic comedy about a man at an organic company who falls in love with a woman and later troubles due to a questionable product made by the company.

The beautiful film “Melody of the Middle Class” is about the everyday life of ordinary people. This romantic drama revolves around a man who runs a restaurant in the village but dreams of opening a small hotel and the issues surrounding his dream.

Film Color is a contemporary romantic drama film that deals with discrimination and differences that exist because of one’s skin color. The film is beautifully crafted, touches our emotions, and is a delightful film.

These are the very new romance movies listed in the Tollywood film industry from 2021. We love most of these movies and are fans of the storylines. They bring unique scripts and new-age contemporary dramas from different perspectives. Explore them too!

The movie “Love Story” is about the love between men and women of different castes and the problems they have to overcome to live together. Starring Naga Chaitanya and Sai Pallavi is a must-see and a good one.

This is a beautiful romantic drama and historical film directed by Nani and Krithi Shetty, Sai Pallavi. The film was well-received at the box office, with a unique story and a captivating starring performance.

Most Eligible The Bachelor, starring Akhil Akkineni, is about a man who is about to find a bride for himself. However, he fell in love with a bold and outspoken woman and what followed.

Given its novel and unique script, Maduram films are divided at the box office. The film is about a factory owner who gives a job to an unemployed man and helps him solve his problems. However, the owner’s wife began to fall in love with the man. Its plot blows you away, but it’s a good watch.

Now, we even have a list of romance movies that may or may not be released in 2022. These films have a modern take on the storyline and are built around experimental scripts that touch our hearts.

Radhe Shyam starring Prabhas and Pooja Hedge is a period drama and romance genre movie. The film revolves around the famous palmist and doctor’s belief in science rather than love. It’s an interesting plot and worth watching.

Super Machi is another 2022 rom-com starring Kalyan Dhev. It’s a great movie with an exciting storyline and exciting romance and comedy scenes.

So, we hope you enjoy exploring these best looking romantic Telugu movies. If you like romantic dramas, these will excite and entertain you. So, take a look and tell us your favorite!